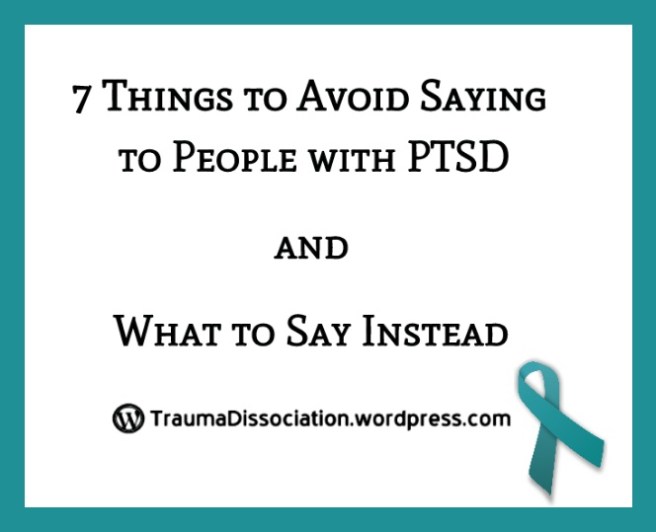 1. Get over it
Other variations on this are ‘why aren’t you better yet?’ and ‘But that was years ago.’ This is commonly said to abuse survivors, who often seem to be judged negatively compared to ‘wounded warriors’ who have PTSD as a result of military combat. Nobody chooses to have PTSD and it doesn’t disappear on demand, or when it becomes inconvenientfor another person. Some people have PTSD for over 50 years despite working hard to heal, for others PTSD disappears by itself in a matter of months: even a trauma which seems ‘minor’ to another person, or happened decades ago can trigger severe PTSD symptoms. If a person could just ‘get over it’ in an instant, they would have already done so. Healing from PTSD doesn’t have a fixed timeframe, but support from others is known to help.

2. Everything happens for a reason
This view puts pressure…